When I heard the Carnival Destiny was going to be “Sunshined”, I thought it sounded pretty cool. Then when I heard it was coming to New Orleans, I was REALLY excited. I don’t know why, but I really wanted to sail on that ship! New Orleans was doable. SO, while on the Magic last May, I booked a cruise on the Sunshine and went skipping (literally… I skipped) back to my cabin.

Once we were home, I patiently waited for it to set sail in Europe. Then I started reading how everyone hated the ship. It seemed everyone had something negative to say about the Carnival Destiny and the general “online” consensus was the Sunshine was going to suck just as bad…. I didn’t get it. The reviews made it sound like a half finished, overcrowded, leaking, cesspool floating on the seas. Ugh… How could that be true?! The pictures looked so beautiful!

Now… I in NO WAY told Mark or my Mom about these negative reviews… There are some things there is just no point in sharing with some people. Bad reviews of the ship you have booked them on and plan on driving 9+ hours to get to… that’s one of them. I kept it all quietly to myself and finally resolved, just not to read anymore. I follow a few “professional cruisers” online. They liked the ship and gave honest opinions which made me feel better. Any complaint they had or problem they noted, I felt was manageable. I ordered us some shirts and happily went to counting down the days.

This was our first time cruising out of New Orleans and I certainly felt like a fish out of water! I did so much research on the ship and booking excursions… I didn’t pay a lot of attention to New Orleans. We managed in Miami. We manage in Galveston… how different could New Orleans be? Ha!

I did ask a couple of people their opinion. Everyone always loved the French Quarter and suggested a ca-zillion places to eat … at NO point did anyone mention... “Good luck driving a car down there.” “Fat chance in hell of finding a parking spot.” “They have street signs, but the actual street names aren’t on them.” Just for the record… that information would have been useful!

Regardless, after Mark practically jumped out of the moving van and stopped a stranger walking down the sidewalk for help, we survived. We had dinner at the Crazy Lobster. It was located in the port and we were able to watch the Royal Caribbean ship leave.

The food really was fantastic. I had the fish tacos. The atmosphere was awesome. The service was absent ? Not so much for the lack of employees... there were plenty of them around... just didn't seem to be working. They were friendly and engaging when they were at our table though. We corresponded more with the other customers at the tables near us. We were in no hurry so no big deal, but perhaps not the place to eat if you are watching the clock.

Embarkation: We stayed the night in Kenner, LA at the Double Tree Hotel. It said Double Tree Airport… but I saw no airport. Anyhoo. This hotel did offer free parking for up to 14 days. We took a taxi which ended being $14 a person…. Probably should have just paid for parking. It all worked out okay though. We love Hilton hotels and this one had an awesome fitness room (though you also had to pay for breakfast). I have officially been spoiled by the Hampton Inn’s.

We arrived to the port around 10:30-10:45. The porter was there to take our luggage. I was a little apprehensive leaving it with him as they only had dollie looking thing and not the big luggage carts we are used to. We walked in and found our way to the priority boarding line for the xray scanners…. And stood there. It wasn’t moving. Finally we ducked under the ropes and joined the regular line. We moved right through…. Until Mark attempted to go through the scanner.

It did not get much better after that as they seem to have moved the check in desk. You now have to walk through people waiting in the chairs, stepping over feet and carry-on luggage to get to the check in line. There was no clear cut path for you. That priority line did not move there either. We stood stationary for probably 20 minutes before 1 person was called to go to the next attendant. We finally got our S&S cards… trudged back through the chairs, feet and luggage and into the line to board the boat. By the time we got this accomplished they were boarding Zone 6 so we just grouped in with them.

*Our personal experience with the Port of NO was not good on embarkation or debarkation (that will be at the end of the blog). I do want to add a statement that several people I have met, cruised with, and trust their opinion have stated this is not how it always is. However, I am not sure I will sign up for a round 2.* 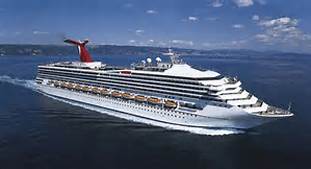