7 nights on the Legend 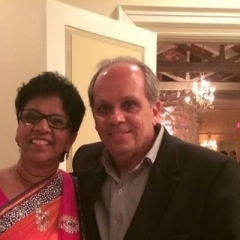 We were in Clearwater for a wedding and decided to book a cruise as Tampa is so close so upon checking availability for the time we were there we chose the Legend for its itinerary. This was our 3rd. CCL cruise and 11th. overall.

Embarkation was a breeze. We got to the ship around 1130 from the Sunday farewell brunch after the wedding ad were in our room w/i ten minutes. Our cabin was open and was not quite ready but we locked up our valuables in the safe and took off.

To backtrack a little my first impression of the ship came from seeing the the atrium and I must say it was weird. The legend theme was ancient Greece with a huge mural of the Collosus of Rhodes which was sort of hidden really. There was a repeating pattern of about 5 ft. tall Grecian urns surrounded framed by dark wood which was in rows and columns all the way up to the top floors. The urns formed the railings and the bar stools as well and there were two overhangs into the atrium thus giving the feeling of it being closed off and dark, not like a true atrium which is open and bright. There had to be at least 150 urns in the atrium. In other parts of the ship there was wallpaper which looked like it was themed to ancient Egypt and in other places it was Medieval and even had one scene of what looked like Romeo courting Juliet on her balcony. Well I guess Joe Farcus had it all covered. :D. For me sorry to say but it was sort of a mess.

The public areas were clean and well kept. Our balcony had a few rust stops and some peeling paing but its an older ship and this was a non issue for us.

The service overall was very good. Our cabin attendant kept our room spotless, we had a towel animal every night and on the last night he made a towel into an airplane which was pretty cute.

Our waiters were great and I had no issues with them at all. The service in the MDR for breakfast was very good and I must say the coffee has improved. In the Unicorn cafe there are some machines that grind your coffee freshly into your cup. I enjoyed this especially.

The food in the MDR for dinner was just fine. My wife ordered Indian food as usual and we had a rocky start to our cruise in this regard but the chef was gracious enough to speak to us and we got it fixed and my wife really enjoyed her Indian food.

Lunch in the Unicorn was just OK. On our last cruise on the X Equinox the MDR lunch was the best we have had so in comparison the Legends offerings were disappointing. The sandwiches were pretty good but the pizza was just fair. Anyway we usually had salad for lunch so it did not bother us. I did see the fellow at the salad bar use his bare hand (YIKES!) to toss cheese cubes onto the cheese platter. I did find a supervisor and told him. He seemed totally aghast, told another worker to remove all the cheese from the salad bar and made a bee line to find this guy. I hope he did not get in trouble but this is a major violation and he needs to know proper food handling procedures.

The shows were pretty good. Their performers did shows themed to motown, epic rock, the disco era and the British invasion and we enjoyed it. They were very energetic.

They had a magician named, Ha ha, Justin Illusion and we were wowed by his performance.

I must say their tendering procedure was pretty easy. On the Equinox we had to line up the day before for tender tickets but CCL has you get the sticker as you are ready to leave and it worked very well. In Grand Cayman we did not even need stickers. We just got off when we felt like it and it did not take long at all.

The port were ok. We did like Cozumel and Grand Cayman the best as there is more to see and do. As for Roatan and Belize we stuck to the shops by the ports. We did go out into Belize City but felt it unsafe and went right back to the main port shops.

As usual I must have a local brew in every port and did so again. :D. For me the best local beer was Caybrew in GC.

We self disembarked and though we are not CCL Platinum we explained we had an early flight and we were allowed to leave with the Platinum crowd so it was very easy.

Interestingly our limo was not allowed to park by the taxis. He had to go across the street to a parking structure where we had to shlep our bags to him. I don't know why they do it this way but it was not a major issue.

Overall we had a very nice time and would go on CCL again but not on the Legend. Just did not like the decor of the ship. I would love to try one of the new CCL ships like the Dream or the Breeze however.