Progreso is becoming our home away from home ?

The first time we went to Progreso I wasn’t really impressed, but drink enough tequila and corona and really what does it matter? Unless you are a man trapped in a chicken fighting contest with other men thanks to your lovely wife and her big mouth.

The next time we returned to Progreso, the drunken tequila drinking on the beach days were still haunting Mark so we set out for some hotter than hell culture at the Mayan ruins during July. Clearly a better time than the one before… but still not really impressed.

Third time was a charm. We repeated the culture of the Mayan ruins (5 years later) in December instead of July and we got back on the boat thinking… that really wasn’t so bad. That actually was an enjoyable experience.

5 months later we found ourselves back in Progreso. Well, hell. What are we going to do now? Looking through the excursions nothing stood out. We didn’t want to do Corona beach. We had tackled the Mayan ruins twice now. Saw a bicycle excursion that looked fun… but let’s be honest here. Have you seen the roads in Mexico? Better yet, have you seen the bicycles? I am not so sure I want to spend $89.99 a person to experience either one.

I researched online through cruise groups and facebook and finally decided. Family: “We are getting off the boat and going into town. We’ll see what happens there.” There were no grumblings or alternate suggestions so that was that.

*Sometime in the wee hours of the morning before daylight my eyes flew open. It was dark. I was still on the boat, rocking gently back and forth. I was comfy and snuggled in the bed. Mark and Trenton were snoring. Instinctively I knew something was very wrong. There was a pain in the back of my throat. I didn’t feel well at all. My head was congested. “Oh no! This cannot be happening!” Panic washed over me as I stumbled to the bathroom and flipped on the light. I frantically searched through my bathroom organizer where everything including my kitchen sink from home is artfully stashed in small, sample size packets. I know I have a packet of EmergenC… a small bottle of Zycam. Where are they? I am tossing packets of medication… Pepto, Benadryl, Advil, stuff I don’t even really know what it is… I just know what it isn’t… It isn’t going to solve this war going on inside my head! I am officially under-prepared… On the Triumph no less. I felt defeated. There was nothing I could do other than drink some water, say a prayer and crawl back in bed.

The next morning I didn’t feel wonderful… but I didn’t feel perfectly awful either. I made sure to eat a good breakfast, took some vitamins, packed some tissues in our backpack and we set off to explore Mexico.

Important Stuff About Progreso ---> At the end of the port area they have buses that run every 20 minutes (they say), but there were 4 lined up there to pick people up. We didn’t get off the boat super early… 10ish or so. Yea for no wait! The buses are FREE and they take you directly into town and drop you off at the local market. Free! What an awesome deal!! As we were getting ready to get off the bus they were offering tours (all inclusive with food and drink) to a beach resort on the other side of town $35 per person. We said no thank you and off through the market we went.

There were a hundred tables or so with various clothing, sunglasses, jewelry, wood carvings, chess sets, vanilla, etc… and here is how the conversation went. “No, No Thank You, Not right now, Nope, Uh Uh, No, No Thank you, Already bought one, No, Nope, No Thank You” … All Day. Mark avoided it like the plague! Mom, Trenton and I ventured through and bought some trinkets. One lady literally pulled me by my arm into the sunlight so I could get a better look at the 12 bracelets she quickly draped across my arm… totally ignoring that I said I was not interested. She was sure the sunlight would change my mind ? She was wrong. Finally I said… “Hey, you should ask my Mom. She’s the lady over there in the blue shirt” and then Trenton and I ducked down the other aisle ? He He He

We then walked downtown. The shops down there were actually cheaper and not pushy. We met some local police and Trenton loved the Domino’s pizza he found … and a pay phone! I am not sure he believed me that they actually existed ? Of course, he had to touch it and stick it up to his head which sent me digging for the antibacterial hand gel! We also walked through their “market” with fresh vegetables. Behind that is the meat market. Raw meat… just hanging around in the open air… flies buzzing by. Mark WAS hungry. He quickly walked though, sat on the bench and declared he had lost his appetite ?

After walking around and taking in the sights of downtown Progreso we thought we would venture over to the beach and let Trenton play for a bit. As we were heading back into the market we were stopped by someone offering tours. He had a deal we couldn’t refuse. $15 per person… $10 for Trenton. They promised a tour of Progreso on an air conditioned bus, they would take us to their “best” beach and then bring us back. We said sure.

Let me tell you what this little excursion entailed…..

3. Next we saw the pink flamingos and learned they are actually born white they get their pigmentation by eating bacteria that stains them pink.

4. A little further down the road to some Mayan ruins. It wasn’t anywhere as big as the ones we went to last time, but they were different…. Allowed you to climb them. It was a win-win. *They do offer a rest room here so if you take this tour please note: They do have a potty. They do not have potty seats or toilet paper. Ladies you will need to pack some tissues and strengthen up those thigh muscles for the hover maneuver. Soap… it’s pretty much a given that the sink didn’t have soap. At that point I was just impressed as all get out that there was a sink!

5. Back in the van and on down the road to the Technohotel. It is a little resort. You can purchase a wrist band here for $20 to get you unlimited food and alcoholic drinks if you want. Otherwise everything is free. Free beach (better than the one near the port). Free swimming pool. Trenton played in the ocean, sea shells were in abundance and finished his time off in the pool. There were plenty of beach chairs to go around and lots of shaded tables, chairs and huts by the pool. Music playing… It was a great atmosphere and lots of fun. Mom got some food and drinks. It was good. We opted to wait and eat on the ship. You could get a massage on the beach here for $25.

~> We tipped our van driver $2 per person and he took us straight back to the ship. Otherwise, they will take you back into town and you catch the free bus back to the ship. We were exhausted and the $2 was well worth it!

*We were probably half way back to the ship when I sneezed for the first time that day. It was that one simple little sneeze and then I felt like the plague washed over me. I dug out the rest of the tissues… suddenly thankful Mark and Trenton were boys and did not consume them all trying to potty in Mexico. My nose turned into a faucet. My head was throbbing. I felt weak. It was awful. By the time we reached the port I was sure I was going to die. I had Mark and Mom check every shop for their little pharmacy to see if there was any sinus-cold medication, vitamin C type meds and the answer was No. I’m doomed. You can purchase antibiotics, meds for diabetes, estrogen replacement, arthritis, pain and impotence … but if you have a sinus infection or a cold you are pretty much screwed.

Somehow we made it back on the boat… I really do not recall and up to our room. I missed dinner this night. I could not even get out of bed. The pressure and pain in my face was so bad I thought for sure the bone under my eye had fractured. Mark headed to the medical deck to try to fix me. Sometime around 2 am he asked me if I wanted him to try to cancel our scuba diving excursion for the next day. No … I’ll be fine in the morning … Death will be the only thing that stops me.

He didn’t look so sure….

Clearly I am still alive… So here’s my thought of Progreso. Is it getting better? Are we just getting older? We all had a fabulous day. I don’t know that I will ever book an excursion there again unless some new found adventure opens up. $15 a person you can NOT beat that deal! Carnival could sell that excursion for $89 a person… easy. Don’t you guys dare suggest that to them and ruin it for me next time!! LOL

I am still sitting at home wondering how I walked out of Progreso a fan! 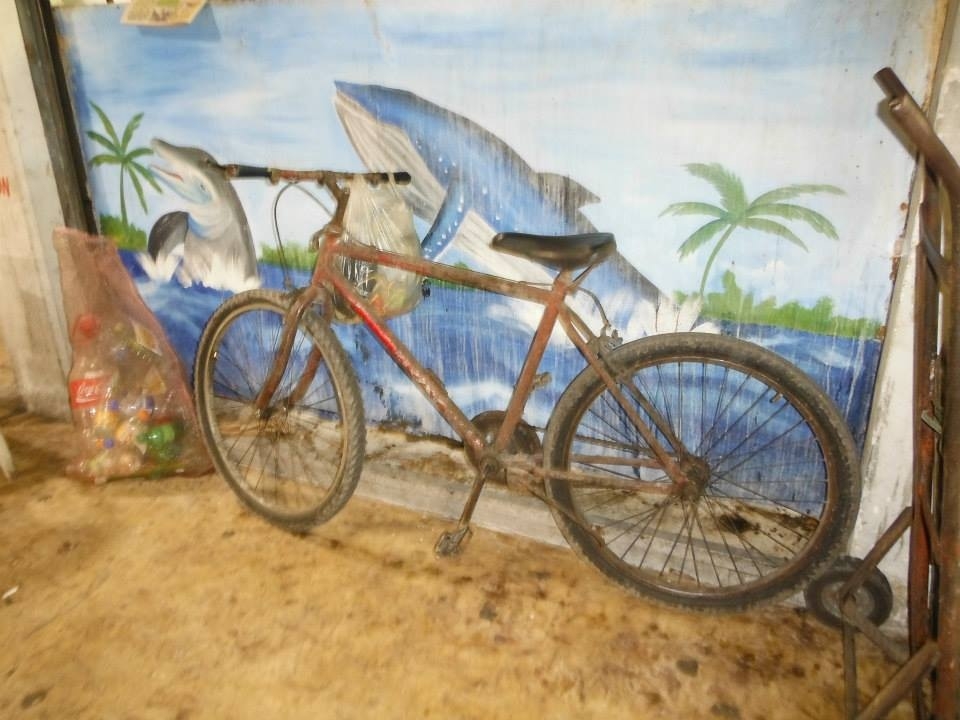