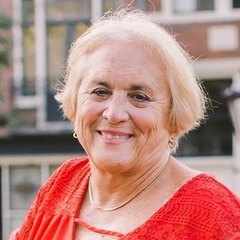 I traveled with my adult son on my 19th cruise, but first on Royal Caribbean. Ship sailing was sold out about one month prior to sailing. I am retired, over 60 and usually travel with my husband who was unable to go due to work.

Port of Baltimore - Port is easily accessible and staff is well organized -- Dropped off luggage, paid by credit card for parking ($15 per day) and parked within 15 minutes.

Embarkation - Although this was my first Royal Caribbean (RCI) cruise, I had cruised with Celebrity and Azamara and received points for RCI Crown and Anchor Society (CAS) to start me at Platinum level. This allowed my adult son and I to go to a special embarkation line which had no waiting, bypassing a somewhat lengthy line for most passengers (pax). All info was completed online and we only had to verify ID and get sea passes. FYI, RCI is one cruise line that does not allow non-alcoholic beverages (soda pop) to be taken onboard, but they do allow wine. We were told that rooms were not available (12:30 pm), so we went to the Windjammer Cafe for lunch. We soon discovered that dishes at this buffet venue were very similar every day for lunch and this buffet was not laid out very well for ease of getting food without constantly bumping into other pax loading up their plates as well. We usually ate in MDR for breakfast and lunch as well as our assigned dining at 5:30. The Windjammer was open til 3 p.m. so upon return from shore, we stopped for a small meal when in port or sailing away.

Cabin - We had an inside cabin (Cat. N) on deck 3 which had lots of storage space in the closet, including a rack at waist level for shorter apparel (shirts and folded pants, etc.) and two drawers. There was a small 1/2 loveseat and lots of storage around the desk mirror, included cabinets with mirrors on each side. There was also a full length mirror on the wall behind, allowing back viewing easily by opening the cabinets to an appropriate position. TV was flat screen and angle was full adjustable for viewing anywhere in the cabin. Lots of drawer space below the TV and around the desk area. Bathroom was usual size with removable hand-held shower head with a shampoo dispenser and a large rack for other items, plus a foot shelf for females to shave their legs. Usual curtain, 3 hooks on door and clothesline provided. Shelf and counter space was extremely limited in the bathroom.

x Meet and Mingle - Took place on first sea day (day after sailing) at 10:30 am. at the Viking Crown Lounge. RCI provided small paper/pen in plastic wallet with neck strap for pax pre-registered. Meeting was conducted by the Activities Director Chris and was brief. There were a couple of raffles and everyone mingled. Other cruise lines provide the Capt. (if available) and other important staff such as the Cruise Director (CD), Chief Engineer, and Hotel Director, so I was disappointed that none of them was there. We did have a somewhat rough sea day and some people were not too comfortable there due to the height (deck 10) from the water.

Public Rooms - The ship had two refurbishments within the last year and a half and there was no wear/tear evident; in fact, she looked very new for a 17-year old ship, including the cabins. The theater (with balcony) was sufficiently large enough and had good sight lines. Seats also had built-in cup holders for drinks. The solarium had a pool and two whirlpools (one of which was open 24/7) and I used them at early morning hours when most pax were still sleeping. The Park Cafe was located within this area and served sandwiches, soup and other light snacks and was well attended. The "by invitation only" Captain's events were conducted at several of the smaller lounges and included oer d'eorves and champagne/mixed drinks.

Internet Cafe - Used very little by pax. Some packages were available, but the best deal was to use the wi-fi internet access available in Bermuda for $9.99/24 hrs. or $14.99 for 72 hrs. or $2/hr. Easily purchased via credit card by connecting with wi-fi once on shore. Connectivity was available along the shore side of the ship on board (at least in public areas with windows) in addition to on land.

Centrum - The atrium area was 5 stories high, with most public facilities on decks 4, 5 and 6 (guest relations, casino, shops, etc.) Deck four was used for multiple events involving music (band played or 50s/60s event) and the aerial acrobatic show "Seasons" was conducted from the top level of the Centrum; however, the aerialists hung down as far as level 5. The show was good for the space provided; however, similar type (think Cirque du Soleil) shows far exceeded this one on the new Norwegian ships and the Solstice class Celebrity ships (in the theater).

Dining Room - We had first seating at 5:30 and we found this to our liking, sharing a table with two other couples. There was always plenty of time to eat prior to shows and other evening activities. The Gatsby Dining Room is two stories and our table was in the center of the main floor with an excellent view of the stairwell to the mezzanine level which provided several gatherings of crew (galley chefs and preparers/servers). There was a dress code provided daily and most pax adhered to it. There was also a complementary tour of the galley on one of the last sea days which provided lights snacks and champagne at the end of the tour, but no one conducting and explaining what we were viewing.

Entertainment - CD Ricky Matthews (usually dressed in too tight clothing which was distracting) and his staff were excellent, always giving 120%. I enjoyed the Caribbean (Calypso) music provided by Roots Vibration poolside. The comedian/juggler Pete Matthews was very good as was Jackie Wilson's son Bobby Wilson who did a few numbers imitating various singers such as Johnny Mathis which were spot-on. The production numbers were also very good.

Fitness Center/Spa - Fitness equipment was the usual shipboard variety. I had one massage which was excellent (Gratuity is automatically added).

Rock Climbing Wall - Although the size of the wall was somewhat narrow, it was adequate for the ship's size. The staff here was very knowledgeable and helpful as it was my first time using such a facility (had not done the real thing either).

Disembarkation - A breeze as location/time were assigned and upon arriving on shore, were directed to the appropriate luggage area. Customs was fast and we were driving away from the port within 1/2 hour after stepping off the ship (including calling home).

Summary - The Grandeur is in great shape and has wonderful helpful and happy crew/staff. Everything was good and the only complaints I have were the lack of storage in the bathroom cabin as noted above (and Capt. Been from Norway was difficult to understand). I will definitely sail with RCI AGAIN; in fact, my son has arranged to take a cruise on the same ship in November 2014 sailing to the Western Caribbean.